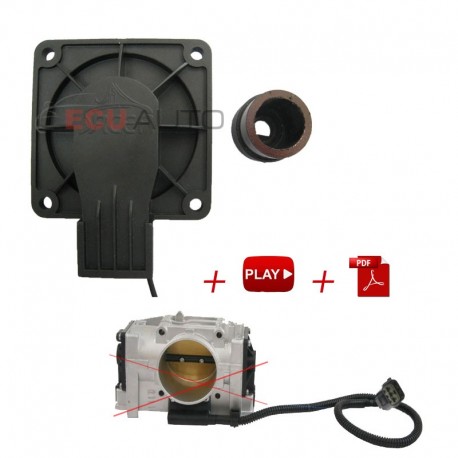 This product is no longer in stock

The old generation sensor mounted on the housing Magneti Marelli has a potentiometer (resistance) with tracks carbon wears due to friction.

This new generation of the sensor chips has the detection, which operate on the principle of detecting the exact position of a magnetic field, and are programmed to convert the analog signal. This principle ensures high precision and stable signal for a long life, because note friction!

Symptoms when the part is out of service:

Do not change your entire throttle body!

- 1 alone is sufficient because it has two detection angles

- No programming is necessary, if you mount it on the original block

- A instructions is provided for mounting

No customer reviews for the moment.